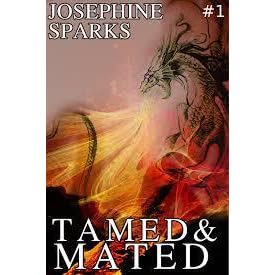 Got a couple of Basilisks and made up a storage outpost at the NE surface cave to store an Ankylo, a couple of Ravs bags and a vault to store raw metal - running over with a pack of ravs to empty and return to base when the vault was full. Realising the potential for harvesting metal then spent some time collecting resources to expand our industrialisation - we're now up to 8 chemistry benches and a few fridges for our XP narcotics runs.

We also expanded the metal processing by adding 2 more industrial forges to our existing forge to make up 3. Logged at weekend to find whilst I had a break the night before one of our tribe members decided to expand my 2nd floor of the community house by walling it up - placing walls purposely to wind me up with some having wood on inside, some on out OCD triggers!! Well last night we spotted a level Basilisk by the display on the hill just before heading down into the blue zone and decided to try and tame it. I'm sure that I read on here somewhere that it will aggro on drake eggs instead of you - wrong!!

Drake egg I dropped was ignored and it proceeded to eat me.. I respawned at base at Fertile Lake, jumped on my spare Drake and headed back to grab my gear. Upon returning it had re-burrowed a small distance from my body bag and jumping of my spare drake to grab it I noticed that it was far enough away to not aggro me and jump out of its hole.

Hep mentioned the standard "Giga Trap" - dinosaur gates - and so I returned home, made up 4 stone dinosaur gateways and leaving my spare drake home returned on my following main Drake. I walked up to the mound mounted on my Drake and it didn't aggro and jump out which caught my curiosity. Mounted on the Drake you can still place structures and I wasn't sure if it would work but I surrounded the Basilisks burrow snapping all gates together in a square around it.

I jumped off of my drake and it sprung to action - unsure if it was trapped I tried to get it to follow me whilst avoiding it's acid spits I walk my drake up a nearby rock and accessing my inventory from its back I drop a drake egg It eats 3 more eggs but then seems to stop and glitch out not locking on with aggro or eating further eggs - with only 1 egg to go before tamed. I jump off my drake and try to get close to pick the dropped eggs back up 3 dropped as didn't take 1st so wasn't sure if close enough. I re-drop 1 egg, it aggros and eats the egg becoming our new pet.

I ride my drake home to pickup our other tribe mate who has made up the saddle ready then we all ride home together.

Before trying this tame I went to get more drake eggs from the pit - I swear I could have continued all night if we weren't taming a Basilisk. I got really good at dive bombing on my drake, turning invisible and landing in that nest, grabbing an egg and getting back up before taking any hits. We sent baby Ravagers under the ledge, dead easy cave with zips and a ravager or two. On a side note - or an explorer note - maybe there are actual voices in-game - Grad Journal Imamu 4: "Now that I've gathered all three artifacts together as I travel to the terminal, I feel a No, a whisper.

If this is what Boris was speaking of, then he wasn't mad after all. There is a voice here. There is a Master. What is it? A spirit, a god or some alien force? Whatever it is, its presence is heavy. Though I am well rested, every time I hear it, I grow tired.

My pets feel it too, and even they know enough to be afraid.

My hands are shaking as I write this. Only the memory of those who died for this moment pushes me forward. Rusty, Emilia, Boris and Trent Let us face this final challenge together. How to remove leeches? 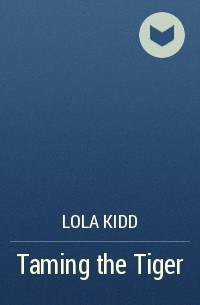 Campfire works for me on both our unofficial servers - Island leeches and Aberration lampreys. I never knew others could remove using the radial menu though, that's something to note for future. ARK is pay to play. You either rent your own unofficial server or suffer from limits, trolls and unexpected rollbacks.

I personally rent 2 servers, approx. Tagged with: pve official tame limit. Too much has happened over the last few days to go into detail but the main thing that happened was I accidentally built an outpost in the PERFECT place to do drake egg runs. It was accidental as I had building gear on me to extend out southern outpost but it's in the radiation so when I got to a spot in the radiation zone, but with no radiation, I had to setup a new outpost.

On the non radiated are, in the middle of radiated area, with 2 small ponds of pink water between waterfalls going down the spine path. We got ourselves a couple of lower level eggs to start us off - a couple of level 95 and a level and now a run down there, search the entire drake area and return to fertile lake takes less than 15 minutes Got more drake eggs for our new mounts , and - still looking for the elusive max We need to do some farming and extend our XP grinding area at fertile lake next to easily level things a bit but this should be easier now we found out our Karkinos can actually carry Roll Rat for wood and Doedi for stone - makes it a bit faster to do quick resource runs.

Eat some rare flowers, take the aggro and hit it with a bola. Easier to tame that way imo. OK then. Interesting turn of events. I logged with 2 Drake eggs out that Hep then put away when they were nearly hatching so not sure if that's anything to do with it - might try and reproduce another day to see if it's a bug but that was definitely a BIG surprise. Guess similar to how in-game map when viewed in orbital K mode still shows The Island. I know what you mean - our Island isn't visited often these days due to us spending all time in Aberration. We completed Ascension at Gamma on our Unofficial max Island server so need to return and work on the Beta and Alpha Dragon and Tek caves and maybe re-purpose that server to Ragnarok.

Then if we manage to complete Aberration before the next expansion re-purpose the Ab server to Extinction when it's available. Had our first server crash last night Unofficial Aberration. No idea why but the rollback meant that the last 45 minutes we had spent getting a drake egg was wasted as I logged back into the server to find it had rolled back to previous save. I was in the nest with the egg prior to when I died multiple times attempting to get it and climb out with climbing hooks.

We decided that it probably wasn't the best idea to try that one again as it ended with me dying twice last time before we found a egg in a low nest on the easy wall so climbed back up and out and went for the safer instead. Not sure if you can build down there as had no building supplies on us but going to try tonight and hopefully it'll work. It's not at bottom of the pit but on a high nest near the path so hopefully it'll allow me to put a ramp or two down to give me a better chance of getting back up before being attacked.

Again I managed to get from our outpost by the small pink ponds on the way down back up to the fertile lake but again I have no idea how. My headless chicken routine seems to have a vague sense of direction and I know the paths from certain points but the parts in the middle I don't believe I have EVER taken the same path twice.

Quite amusing really, no idea how I manage to get to and from our outpost down there but I have done on multiple occasions now - might have to take some signs down with me net time to place better markers than the odd wood pillar. Yes thanks Olivar that was the plan last night until we got diverted to help Kiki other tribe mate from Island to find his new place then it all went to hell.

We have a base literally on the shores opposite the cave entrance so was gonna take em over from there and breed em up. We now have decent Ravs to breed and AR's with lots of Ammo so feeling more confident in exploring it further now.

So much to plans. Our tribe mate from our Island server finally got the expansion and joined us last night. He did well starting off but was killed before he made a bed - I worked out from his descriptions that he had setup not far from our previous base near the cave we were at just about to start breeding Ravs so decided to help him find his little hut. This little mission lasted a long time, he was actually a LOT higher than I had first thought based on his descriptions of what was around him but we got there in the end.

Helped him get materials to lay a bed and noticing he could see the blue biome from his place decided to use the ziplines I had equipped to make a path down.


This is where it all started to go wrong. I was riding a Rav with another on follow for the mate boost - until it decided to miss the zip line I jumped onto and fall miles into the depths of the blue just before the pink waterfalls. I jumped off my Rav and tried to lay a new line to the next ledge trying to safely make my way down to the lost Rav - earthquake, I fell off the edge leaving my ride at the top. Forgot I had wingsuit.. I finally find it, fighting a Baselisk and manage to whistle passive and it starts running to me - I jump on and run for my life as the Baselisk follows.

Outrun and lost I shout up to my friend Hep to take his 2 Ravs and my remaining Rav home and I will try make my way back up on the lost Rav.. The Biker's Pup.