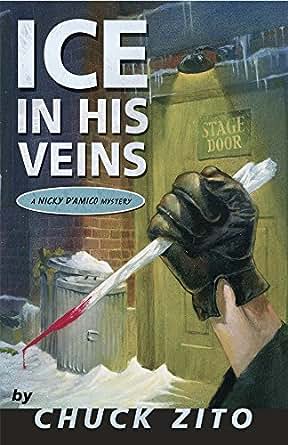 Faced with a blank page that you're supposed to be filling with type, almost any other activity starts to look really good. Closet cleaning, bathroom-tile scrubbing, venetian-blind dusting, even bill paying. Of particular fascination to me--rising to nearly the same level as the siren call of the laundry--is the dusty picture frame. You may have noticed that picture frames tend to collect dust along the top, a fact that--until I hit a rough patch in, say, Chapter triggered no particular alarms.

But suddenly, nothing would do but that I find a dust rag and furniture polish and get to work on every frame in the room. Chapter 13 be damned, and it probably will be. There has, simultaneously while the dusty frame emergency was growing to crisis proportions , been a dead moth "living" in my overhead light globe if there is a better expression for "light globe"I would be grateful to the person who supplies it for at least a month, probably more.

Probably years. This poor moth. I am never, interestingly enough, as a crime writer, moved to do anything about this. Investigate it, or something. I just sit there staring blankly upwards. To do something about it would require getting out a ladder and stuff and I really don't have time: I'm busy staring into space. I don't know what this says about me as a writer or as a person, for that matter.

I should bury the poor moth, who, after all, has harmed no one, but somehow I never get around to it. I guess it says that I don't procrastinate just any old way. I am highly selective about my choice of procrastination activities. Unlike Joe Moore, who is clearly a highly disorganized procrastination dilettante. Blogging might turn out to be another, powerful form of procrastination for me, but I can tell already it's going to be wa-a-a-y more fun than dusting.

The list of tasks I've taken up 'instead of writing' includes alphabetizing every CD in the apartment; planting an herb garden in my kitchen, and a five hour quest for the perfect bath mat. Now however, I'm involved in the most detailed procrastination of all. To understand the depth of this diversion, you have to know that I have loved only one other pursuit in life as much as mysteries: the theater.

As an adult, I've occasionally reconsider this love affair. Ok, so I'm slow at the figuring out thing. For a few years it actually worked. I stopped doing theater the year before the publication of the first book. Then I kept busy writing the second. The Nicky D'Amico mysteries are the prefect theater substitute. In each book Nicky works on a new production.

Of course, Nicky, as the stage manager, is always at the center of the action. It was the perfect setup for me. Which is just another way of saying there was no way this was going to last. Two weeks ago I was once again killing time instead of writing Nicky 3. Are you seeing a pattern here? It's a three-act evening of Shakespearean kings and their victims. I get to riff for 20 minutes using Shakespeare's dialogue and characters. Now I'm not complaining about the task itself. This play is part of a greater project called Peace on War of which I am very proud to be a part.

But here's the thing. In my effort to put off writing, I've taken on a one-act. What if my procrastination is progressive? Where is this going to end? What do other people do 'instead of? Read the Reader Views interview of Candy or listen to her internet radio author chat. Check back each Saturday for more news about the members of InkSpot. Labels: news. On a long and lonely highway east of Omaha. Who knew that promoting a book would be as hard though a different kind of hard as writing the book?

In an effort to make life easier on all the other new authors out there with limited time and money, I'm going to share what I've learned. Here it is:. They get lost in the shuffle. Do send postcards to every library in the United States. You can buy mailing labels at several different online clearinghouses. The postcards should have your book cover on front and a brief synopsis and a couple good blurbs on back. I have a limited, Minnesota-focused list that I'd be happy to send to you if you email me.

Do send postcards to every independent bookstore you can find, particularly those within your region. If there is something personalized on the postcard, it is more likely to be read.

Sign stock at the chains. Call ahead, make sure they have your books in stock, and then sign that stock. I hit 18 bookstores last Saturday, and three of them only had two copies of June Bug , but now they all have autographed copies of June Bug. Many of the stores even offered to put June Bug out on the new arrival table or face out and to order copies of May Day. Set up signings at independents and libraries. They do great word-of-mouth advertising, and usually, are fantastic places to get to know booksellers and buyers.

And for every signing you set up, call the local newspaper and radio and offer an angle on your signing. I have so far gotten seven newspaper interviews and three radio interviews by playing up the small-town murder angle of my series. When you go to the chains to sign stock or the independents and libraries to have signings, hand out your promo stuff to the people who work there. I do this at the chains, too, btw, and have met some wonderful people this way. Apply to your local county arts board for promotional money. Contact them, and ask them if you could please send a review copy of your book to them.

I focus on Midwest, resort, and gardening journals. Incorporate cute pictures of animals into your writing. People love it and are Works every time. Thursday, March 29, Lunch With Agatha.


Hi Y'all! I'm J. Stanley and I write the supper club mystery series. I am very proud to be listed among the wonderful writers on this blog. I live in Richmond, VA and have just finished lunch, so here's an appropriate lunch posting: Book Ends, my literary agency, has a wonderful blog that I read regularly.

A Christmas Tail. A is for Alphabet, Z is for Nothing. A Literary Agent's Lament. A Slender Darkness. A Snowball's Chance. A Walk in the Sun. A Wreath of Laurel. Age is a Four Letter Word. An Orphan at Eventide. An Unnecessary Evil. And Then There Were Infinite. Anodos Amongst the Elves. Anomaly's Maiden. Another Day at the Collider.

Any Landing. At Death's Door. At the Center of the World. Bear Skin, Smoking Mountain. Between Iraq and a Hot Place. Between the Zeroes and Ones. Birds of a Feather. Blueberry Pie. Bone Reader. Shop Books. Read an excerpt of this book! Add to Wishlist. USD 4. Sign in to Purchase Instantly. Explore Now.

Buy As Gift. Overview After a disastrous stint as stage manager at a Catholic college, Nicky D'Amico moves back to New York to get his life in order. The good Company's all-male production of A Midsummer Night's Dream is a little unorthodox, but he's thrilled about working with some of his old college friends. This midwinter production of Dream soon becomes a nightmare when one of the actors is found dead behind the theater. It's clear that the murderer is someone with the production—one of them! The show must go on, but with someone hiding liquor bottles all over the set, more than one diva with an untrustworthy entourage, and two cute guys vying for his affections, Nicky has his hands full.